You are here: Home | Our Story

A young man named George, and a young woman called Pina, had a dream to come to Scotland for a better life.

George came to Scotland having no background in the catering industry; he was a Sheppard in the hills of his home town, Picinisco, Italy. Pina arrived in Scotland, from her home town of Salerno, with her sister and became a nursing assistant at the hospital in Edinburgh. They met through a mutual friend, fell in love and married in June 1966. Pina worked at the Luna Cafe in Edinburgh, whilst George built his knowledge working at the prestigious Prestonfield House Hotel. They then decided to move to Dalkeith, & the business was established in 1968 by George and Pina, better known as Mr & Mrs C

Officially now, both Mr & Mrs C have retired, however, you will quite often see them both supervising. Tony took over the running of the business from his parents in 2000, and has since been joined by his wife Gemma. The Cavaliere is now embarking on a new journey with a complete refurbishment of the entire premises. Here is a look into how the Cavaliere as we know and love it has evolved over the years.

When Mr & Mrs C first came to Dalkeith, they took over a small shop named The central fish & Chop shop. The year after they did a small alteration and changed the name to THE BONNIE SCOTLAND, to include a seated area, this became one of Midlothian’s first restaurants!

‘71
Birth of the Cavaliere

After a lot of hard work and sacrifices, they bought over the insurance shop next door, and in 1971 THE CAVALIERE RESTAURANT & GEORGES PIZZA & SPAGHETTI HOUSE was born. It was a real family affair! Mrs C was in the kitchen creating the wonderful food, (and to this date we still use Mrs C’s secret recipe for Bolognese & Lasagne), Tony greeting the guests – with his

little bow tie – Gloria behind the bar (standing on a juice crate to see over) and Mr C running the show! Those were the days. After the birth of Little Tony, the BONNIE SCOTLAND changed its name to TONY’S FISH & CHICKEN BAR

After many more years of dedication, in 1997 the Cavaliere made an alteration to its current status. Not long after Gloria left the family business to start her own business and family, alongside husband Davide.

‘15
Wood-fired Pizzas for the Masses!

We knew it was time for change, so we embarked on the first stage of our alterations. We decided to merge both the Pizzeria takeaway and the Fish & chip shop into one, hence the creation of “THE CAVALIERE PIZZERIA & FISH BAR”. We have installed an authentic wood fired pizza oven, made fresh to order by one of our Italian Pizzaiolo’s.

Phase two of the refurbishment has now been completed. The main dining room has been transformed – with an open kitchen where you can see our chef’s hard at work. We have also created a wonderful area for you to come and have a light bite or coffee during the day & a cocktail and wine bar in the evening.”

Phase three of the refurbishment is currently underway with our newly aquired function room. This will be available to hire and for the Cavaliere to host one of our famous events or party nights! Watch this space for more information.

Treat yourself, or send a special gift to someone...
Read More
THE GEORGE SUITE

Looking for a venue for your special occasion, celebration,...
Read More
Why not have a look at our: 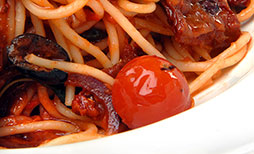 We offer a fantastic range of delicious menus, including a la carte, lunch, dessert, & kids as well as our sublime wine list. 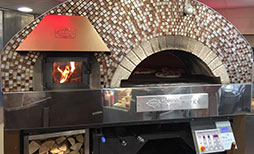 Want to experience The Cavaliere’s fabulous cuisine but can’t leave the house? Then why not have it delivered? 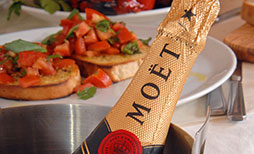 We offer a range of options for parties and group dining, including outside catering. Whatever you need, we have you covered. 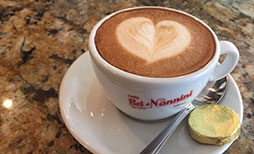 Find out what’s new at The Cavaliere. Stay up to date with news, offers, events and much, much more!